Expert Secrets Review – The Art of Marketing and Selling?

Want to become an expert? Or do you want to know more about expert secrets? Then read my review to know more.

Table of Contents
Expert Secrets Review - I was not enthusiastic, but was wrong!
What is included in expert secrets
The complete offer
Conclusion - You are an expert and you need to read the book to understand why.

Hi there, my name is Richard and I will now give my thoughts about Expert Secrets: The Underground Playbook for Creating a Mass Movement of People Who Will Pay for Your Advice. This bool is written by Russell Brunons, the co-founder of ClickFunnels.

I have not bought the expert secrets book alone, it was a part of the black box in an order bump for DotCom Secrets so I received both books. More about the complete offer later.

I loved Dotcom Secrets, but I was a bit reluctant to Expert Secrets at first. The reason was the name, I didn't see myself as an expert and I don't want to start a movement. I want to be in front of my computer and do internet stuff. So what is this movement about?

Expert Secrets Review - I was not enthusiastic, but was wrong!

So I started to read without enthusiasm, but after some pages, I had difficulties to put the book away. There was so much to learn that I'm also using while I write this. It's important to tell a story and until now I have almost only done storytelling.

Russell Brunson writes in this book that everyone is an Expert. You know something that other people don't know. And this information may someone want to pay for. You may not have a degree, but this will not devalue your knowledge. And all you need to do is to be one step ahead of the people you are teaching. This was a powerful message.

This book is also about selling. You want to structure your message so people believe in you and connects with you. You can structure your business and funnels like in DotCom Secrets, but without the knowledge about the art of selling, you will not succeed. 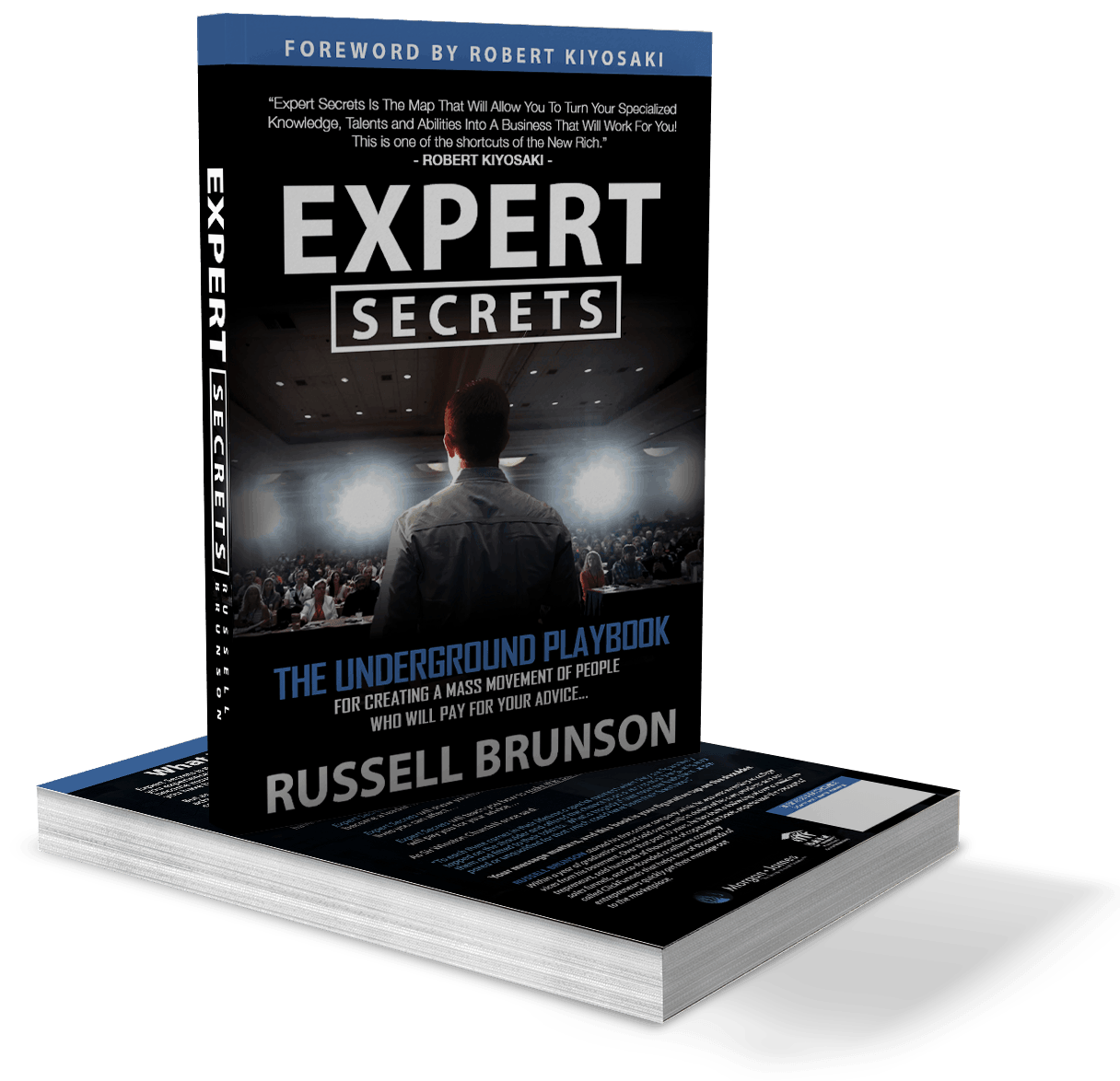 What is included in expert secrets

Expert secrets have some upsells, so I will go though the complete funnel here.

The Black Box - DotCom Secrets, Expert Secrets and some books about ClickFunnels and sketches from the books.

Storytelling Secrets - This is video from an event Russell Brunson had where he and Daegon Smith tells you how to tell a story. This is the knowledge that Russell Brunson later wrote about in Expert Secrets.

Expert Evolution - This is video from an event where Russell Brunson talks about how to overcome your fear and use it as something positive. So he has created a system that he wants to share with you.

Funnel Builder Secrets is promoted on the Thank you page where you can join ClickFunnels premium ClickFunnels webinar.

Conclusion - You are an expert and you need to read the book to understand why.

As you probably understand so I do recommend to buy Expert Secrets. You receive massive value and I found it very valuable to learn that I also am an expert. Not as big as many others out there, but I'm a step in front of some of you out there. And I'm a huge step in front of myself a few years ago...

The book is free and for US customers you only need to pay $7 for shipping and handling. As you see in the picture below, you need to pay more at amazon.com. Even now when it is on sale.

So if you want to learn the art of selling, you need to read this book.

What is a Sales Funnel? (Offer Creation and Value Ladder Included)

How to promote ClickFunnels as Affiliate