Do you know the feeling of losing your job? It’s not fun and your next thought is, what will I do next? I have to apply for new jobs and hope for the best. I have lost my job several times, every time because of downsizing due to a slow market or production partly moved to other countries. 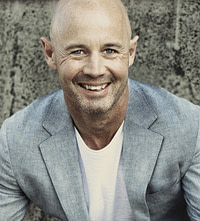 My name is Richard and I’m the owner of The Path to Online Income. This is my path to online income. The path is still early and my track is fresh. The seed was there many years ago, but the path began more recently. The last downsizing at my work made me realize I had to do something different, again…

I was a father to a boy (now to two boys) and I wanted to test the make money online business.

The make money online business was something I always thought was a scam, or very hard because I’m late to the game, but this has always been in my thoughts. The ability to have a more flexible workday and be more with my family. Create some good memories with especially my children that they will remember.

I was once on a webinar for a course to do affiliate marketing and understood some of the concepts early. I decided to not buy the course, but try to do it by myself. So I started with an affiliate marketing site and I failed. Mostly because I lack experience and knowledge, something a course would partly give me.

My first success was in dropshipping

I then began with dropshipping, this time I bought a course and had some success, but not something that lasted.

It’s so many opportunities out there and it’s hard to choose. I started to jump from opportunity to opportunity. Do courses and watch youtube videos. I learned a lot and tried a lot.

I spent a lot of time and money on this, but with no to little return. Instead of being more with my family, I was less with my family. My head was also less with them and more on my next opportunity. My results were the opposite of my desires and I felt guilty.

I was also reading all the income reports from other people on facebook and I started to question why I failed when so many others are successful. What was wrong with me?

Then I got the shiny object syndrome

I was struck with the shiny object syndrome that makes most of us entrepreneurs fail. I was jumping from project to project. I did course after course. I learned everything that it is to learn except for one thing. The experience you receive by actually do and stick with what you have learned.

I received this done for you funnel to promote ClickFunnels and Russell Brunson’s books. Since I don’t like to promote something I not have tested, I started to read his books. I was blown away by the information I received and become very interested in marketing. Until now I have learned tactics without understanding the fundamentals.

Solo ads were not working for me. After testing several providers, I learned that the trial stick rate for ClickFunnels was extremely low. My open rate on emails was also very low. I now understand why.

I had trouble with paid advertising and didn’t want to spend so much money on testing. I was a bit tired of wasting more money without results on advertising. I have done it so much in the past.

I joined the One Funnel Away Challenge where I learned a lot on how to do research and creating successful funnels. My problem was that it takes a lot of time to create a product to sell. I’m also used to that info products is on video, and I was NOT ready to create something on video.

Then ClickFunnels launched a new and updated Affiliate Bootcamp where 15 successful super affiliates of ClickFunnels teaches how to do affiliate marketing. This was an eyeopener and I started to implement some of the methods.

One of them is doing more SEO where I have updated most of my old articles, removed waste and written a lot of new ones.

I have now received some of the results with several weekly affiliate sales. I’m also testing other methods to receive more free traffic to boost my income.

I have learned from Russell Brunson that I need to provide value by publishing more. Publishing is very important and if you publish regularly for a long time, you will succeed. I now believe this is true and an important factor for your success.

I have also learned from Alex Becker that it’s not important what you start with, as long as you start with something and stick with it. If you earn $60k or $100K after one year is not important. You have already a good income. If you jump from one shiny object to another shiny object, you will most likely earn $0. Or even worse, lose money as I have done.

I now have a little side income and by doing more of what is working for me, the income will be higher and I will be able to be more with my family.

I’m now publishing mostly in the written format since I’m most comfortable with it. I also see that video is very powerful and I want to manage the video format also. Both to publish my message, but also to finish my products in my funnel from the One Funnel Away Challenge.

This is my path, my path is still fresh as an entrepreneur, but I believe more will be written. I Also believe my recently little success story will develop to a much bigger one.

The One Funnel Away Challenge was the big epiphany for me.