When Was ClickFunnels Founded?

Table of Contents
When was ClickFunnels founded?
The story behind ClickFunnels and its founders
The Power of Sales Funnels
Conclusion

Hi there, my name is Richard, and I have used ClickFunnels for some time. I have known ClickFunnels for some years, but I start using it recently. It was the book DotCom Secrets that become my big epiphany about marketing and Russell Brunson. After that I have read his other books, done some courses, and listened to most of his podcast episodes.

When was ClickFunnels founded?

ClickFunnels is a page and funnel editor that was founded in October 2014. The company that owns ClickFunnels is named Etison LLC. Etison is owned by the two co-founders Russell Brunson and Todd Dickerson.

ClickFunnels was created so Russell Brunson could create sales funnels more easily. He launched new funnels regularly and was frustrated by the time and cost he had to invest in each funnel. And not every funnel was profitable.

The story behind ClickFunnels and its founders

The story started with Russell Brunson and his potato gun business. He sold a video course on how to create a potato gun with a plan. This little business made him some money and Russell was happy. He had money to go out on dates and was able to focus on his wrestling. This was during his college years, and he didn't need so much money.

Then the price of using google advertising increased, and he was no longer earning money… The cost to acquire a customer was higher than the average order value from each customer. He was losing money and had to shut down the advertising, and the sales stopped.

So without this welcome income, he was forced to find a method to earn some money again. It was during that time he discovered sales funnels.

Maybe the potato gun business was not over yet?

So he created a sales funnel with the potato gun course as the front end product and partnered with someone that made and sold potato guns. So customers that ordered his potato gun course received an upsell where there they could order a finished potato gun to a higher price. His new potato gun funnel increased the average order value from each customer, and he was profitable again.

So Russell was so excited about his new funnel that he decided to create more. With dollar signs in his eyes, he created a team that did the work for him. To create a funnel, Russell Brunson needed people to do coding, designing, and copywriting. One of the team members was Todd Dickerson. He was a programmer and did the coding in the funnels.

They created one funnel a month and this was expensive. Far from every funnel was profitable, but overall they made good money. But to create funnels was costly and time-consuming.

It was during this time that Russell Brunson and Todd Dickerson decided to create a software that made the process easier and cheaper. This software was the beginning of ClickFunnels. One of the demands from Todd was this needed to be a partnership. 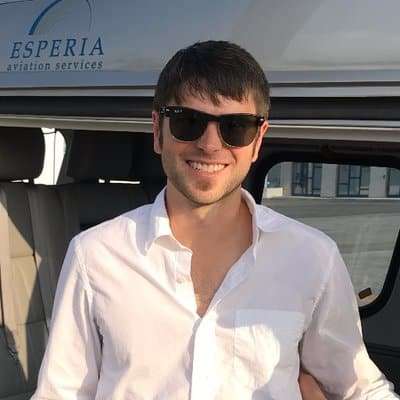 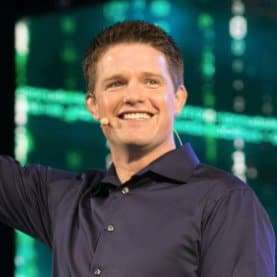 To create a partnership was a difficult choice to accept for Russell that was used to be in control of everything. Now he is forced to work together with someone. The decision was hard to take but is later described as one of the best choices he has made.

So ClickFunnels is created by entrepreneurs to help entrepreneurs. And was further developed to help Russell Brunson create more funnels faster.

Later they also decided to create an affiliate software and an autoresponder, so they had everything they needed to run their business.

They decided to name their company Etison after Thomas Eddison and Nicola Tesla, two big pioneers in their field. Like they dreamed Etison should be for entrepreneurs. They planned to create 3 software with the name ClickFunnels, Actionetics, and Backpack.

After the big hit with ClickFunnels, they decided to integrate Actionetics and Backpack with ClickFunnels. This is the reason for the previous name of the price plan Etison Suite, where everything was included.

Later they decided to develop even more modules inside ClickFunnels where ClikcFunnels should include even more features that entrepreneurs and marketers need.

Russell Brunson has later announced this decision was a big mistake, and they are now concentrating on the page and funnel builder part of ClickFunnels. They have lost focus and needed to focus on what they were good at and not work on so many things at the same time.

The Power of Sales Funnels

You have now learned that sale funnels increase both conversion and the average order value of each purchase. By directing a potential customer through a guided sales process, you can provide more value, and you will make more money.

A regular website has so many different choices for your potential customer and acts more like a sales brochure. So they will go to all the different pages on your website, and more people will leave your site then become a customer. A confused mind will always say no, and a website is confusing with all its links to different places.

By using sales funnels you can spend more money to acquire a customer than using a regular website. When you have a new customer, you can follow up with more education and offers by doing email marketing. Sales from email marketing are almost free and very lucrative.

You have now learned when ClickFunnels was founded. It was in October 2014 by Russell Brunson and Todd Dickerson. ClickFunnels was created to make life easier for entrepreneurs to create funnels and do business.

Sales funnels increase both conversion and the average order value. By using funnels, you can spend more money to acquire a customer.

Is ClickFunnels Easy To Use?