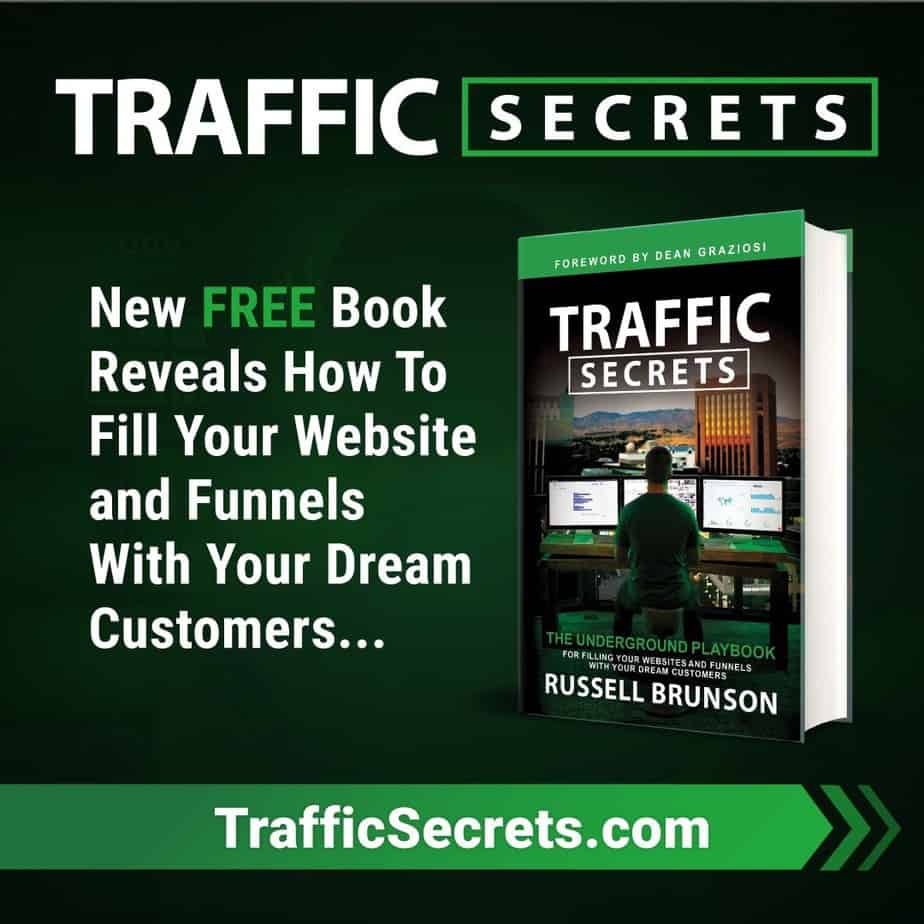 Monday September 23rd Russell Brunson went live on Facebook, Youtube, Instagram, and Patreon to celebrate ClickFunnels 5th birthday where he talked to 10 000 people. In this live event, he announced the feature of ClickFunnels and the new ClickFunnels Platinum plan. Read here to find out what this means for you and how he managed to get so many people to his live event.

Table of Contents
Tell rumors to create the buzz
So what did he announce?
Category King
Follow-up funnels
The new pricing plan and ClickFunnels Platinum
What is the big difference between success and failure?
What about the feature of Backpack?

Tell rumors to create the buzz

What Russell didn't tell was that most of this whispering was behind closed doors inside ClickFunnels with the leaders. He also didn't tell that everything was done to create a massive buzz about this announcement.

Russell Brunson is a huge fan of P.T. Barnum, a great entrepreneur that was born in 1810 and did a lot of things to create buzz around himself to sell more. While most of the things P.T. Barnum did today is illegal, Russell has modeled some of the tactics. This was to make this an even bigger announcement and make more people join his live event and listen to his speech.

So what did he announce?

They are giving away three announcements:

A category king is a business that has 90% of the market, and others are fighting for the rest. ClickFunnels is a category king for sales funnels, and this is the reason they have grown so big.

Two years ago Russell Brunson made a mistake and tried to make ClickFunnels a complete platform where every entrepreneur got everything they needed. The problem was that ClickFunnels become too complicated, and they worked hard on many different projects. So they worked less with their main product that is the page and funnel builder and began working with functions that only a few people are using. And none of them was great, because there was already a category king for that function. They were fighting hard for the 10% inside that category. They were using a lot of resources to fight a category king and lost focus on their main product.

This complexity also hurt their customer service since their support needed to know so many things to be able to help the users. So their customer didn't receive the support they deserve.

So now they are going to sunset many of their features. This means they will not sell it to the new customers, but the customer that has the function will still have it. They will continue to support the features with security fixes, but not develop it or do bug fixes.

They are now going to focus hard on their page editor and partner with the other category kings. So the user will get the best of the best.

That way ClickFunnels will be your central platform where other software integrates with ClickFunnels. This is after an idea from the Salesforce event. Russell Brunson is always modeling their main competition, and now they have outgrown them all. Now he is modeling how Salesforce got their success.

Actionetics will now be named Follow-up funnels, and some of the functions is removed for new users. ClickFunnels will no longer be used to send out messages, but you connect it with your preferred autoresponder, chatbots, and other software.

This is under construction, and more information will come in the feature.

Russell Brunson also announced the new pricing plan that is:

Until ClickFunnels Platinum has all its features live, the price is $297/month and will stay there for existing users. The ClickFunnels share plan will no longer be available for new users.

What is the big difference between success and failure?

ClickFunnels have spent a lot of time to analyze and understand why some people receive huge success, and some people are struggling. Russell Brunson is talking a lot about helping people to success is his biggest goal, and I believe him. Another important factor is that successful people will continue and also promote ClickFunnels to more people. SO this is a win-win situation.

They believe the big difference between their successful users and those who struggle is the understanding of the strategy. So they have now launched FunnelFlix to solve this problem and help more people.

In Funnelflix you can watch all the courses from Russell Brunson, and he has even licensed courses from other mentors that will help entrepreneurs.

Russell wants entrepreneurs to watch FunnelFlix with your family so your project will be something your whole family is working on to become real. To be an entrepreneur is a lonely game in the beginning, so it's essential to include your family in this project.

By changing the courses from a big one-time payment to a subscription model, it will reduce the stress by ordering expensive courses upfront. More people will get access to the courses, and everything is in one place.

This is something they have done before on special events. People are building their funnels and will not leave before the funnel is finished. If someone struggle, a coach will help them overcome this and move them forward in progress.

So now they will have daily virtual live summits where they focus on one funnel type. They will show how to build the funnel step by step. If you struggle, you will be taken out of the event and helped by a coach. Then you will join the event again and continue with your funnel.

That way they make sure you will finish your funnel and get your message out there.

I also think another big factor is that ClickFunnels and not Facebook owns this forum. Facebook is setting more rules to the Facebook groups and can shut them down, both temporarily and permanently. It has happened to Alex Becker so it can also happen to ClickFunnels.

What about the feature of Backpack?

Dave Woodward has announced that Backpack is heavily integrated with ClickFunnels that this is hard to remove. So they will continue to support and develop Backpack. Maybe they will try to separate the two software in the feature, but this is only speculation.

You can check out ClickFunnels here.

What Is A Squeeze Page And Squeeze Funnel?

What is a bridge funnel?